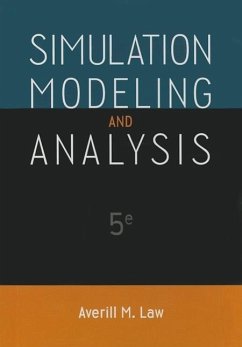 Simulation Modeling and Analysis provides a comprehensive, state-of-the-art, and technically correct treatment of all important aspects of a simulation study. The book strives to make this material understandable by the use of intuition and numerous figures, examples, and problems. It is equally well suited for use in university courses, simulation practice, and self-study. The book is widely regarded as the "bible" of simulation and now has more than 172,000 copies in print and has been cited more than 18,500 times. This textbook can serve as the primary text for a variety of courses. It is …mehr