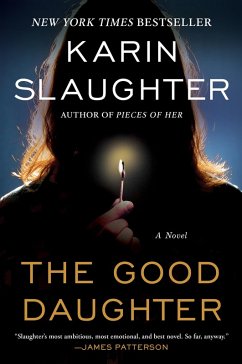 The Good Daughter is like Law and Order meets The Good Wife . theSkimm
The stunning new novel from the New York Times bestselling author of Pieces of Her a searing, spellbinding blend of cold-case thriller and psychological suspense.
Two girls are forced into the woods at gunpoint. One runs for her life. One is left behind...
Twenty-eight years ago, Charlotte and Samantha Quinn's happy small-town family life was torn apart by a terrifying attack on their family home. It left their mother dead. It left their father Pikeville's notorious defense attorney devastated. And it left the …mehr

The stunning new novel from the New York Times bestselling author of Pieces of Her a searing, spellbinding blend of cold-case thriller and psychological suspense.

Two girls are forced into the woods at gunpoint. One runs for her life. One is left behind...

Twenty-eight years ago, Charlotte and Samantha Quinn's happy small-town family life was torn apart by a terrifying attack on their family home. It left their mother dead. It left their father Pikeville's notorious defense attorney devastated. And it left the family fractured beyond repair, consumed by secrets from that terrible night.

Twenty-eight years later, and Charlie has followed in her father's footsteps to become a lawyer herself the ideal good daughter. But when violence comes to Pikeville again and a shocking tragedy leaves the whole town traumatized Charlie is plunged into a nightmare. Not only is she the first witness on the scene, but it's a case that unleashes the terrible memories she's spent so long trying to suppress. Because the shocking truth about the crime that destroyed her family nearly thirty years ago won't stay buried forever...

Packed with twists and turns, brimming with emotion and heart, The Good Daughter is fiction at its most thrilling.


Produktdetails
Produktdetails
Autorenporträt
Karin Slaughter is the author of more than twenty instant New York Times bestselling novels, including the Edgarnominated Cop Town and standalone novels The Good Daughter, Pretty Girls, and Girl, Forgotten. She is published in 120 countries with more than 40 million copies sold across the globe. Pieces of Her is a #1 Netflix original series starring Toni Collette. The Will Trent Series will air on ABC in 2023, and The Good Daughter and False Witness are in development for film/tv. Slaughter is the founder of the Save the Libraries projecta nonprofit organization established to support libraries and library programming. A native of Georgia, she lives in Atlanta. 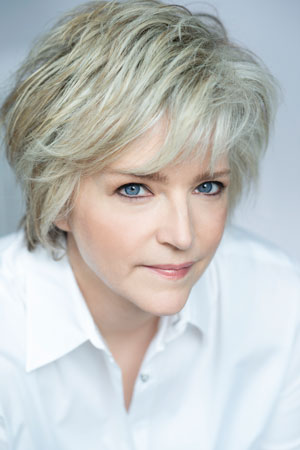 ©Alison Rosa
Rezensionen
"Simply the best book you'll read all year. Raw, powerful and utterly gripping - yet written with a tenderness and empathy that will break your heart." - Kathryn Stockett, author of The Help

"Simply one of the best thriller writers working today. I'd follow her anywhere." - Gillian Flynn

"Enter the world of Karin Slaughter. Just be forewarned, there's no going back." - Lisa Gardner

"Fiction doesn't get any better than this." - Jeffery Deaver

"Her characters, plot, and pacing are unrivaled among thriller writers, and if you haven't yet read her, this is the moment." - Michael Connelly

"A fearless writer. One of the boldest thriller writers working today." - Tess Gerritsen

"Every Karin Slaughter novel is a cause for celebration." - Kathy Reichs

"Karin Slaughter has - by far - the best name of all of us mystery novelists. More to the point, The Good Daughter is Karin Slaughter's most ambitious, most emotional, and best novel. So far, anyway." - James Patterson

"This is a great writer at the peak of her powers. Karin Slaughter is at her nail biting, heart stopping, emotionally draining best." - Peter James

"It is Karin Slaughter at her very best" - Huffington Post

"Chilling, but with a lot of heart, this is a thriller you shouldn't miss" - Happy Ever After blog, USA Today

"But the success of writers like Gillian Flynn and Paula Hawkins and Karin Slaughter isn't just due to the fact that they're women... It's about writers comprehending why women are so compelled by stories about brutal, graphic violence in the first place." - The Atlantic

"Though this is a crime novel, suspenseful and thrilling in every way, at its heart it is an exploration of family and the ties that persist through the most difficult moments... Slaughter delves into our darkest selves to reveal what is truly human."
- Library Journal

"The plot twists here are satisfyingly surprising and plausible, but it's Slaughter's prodigious gifts of characterization that make her stand out among thriller writers...Slaughter's satirical touches are as deft as her grimmer renditions of real life." - Washington Post

"Slaughter's work is like a professional athlete coming to the playground to show the kids how it's done. With her themes, tensions and metaphors, she has a talent for classic literature that is often missing in recent fiction." - RTbookreviews.com

"The darkness of the past is very present in this utterly chilling thriller. With heart and skill, Karin Slaughter keeps you hooked from the first page until the last." - #1 Worldwide Bestselling Thriller Writer, Camilla Lackberg