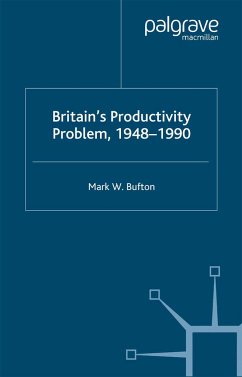 This volume examines attempted changes to industrial relations in Britain during 1948-1990, designed to promote institutional reforms of management and trade unions. Specific focus is given to the Donovan Commission and other trade union reforms, and incomes policies to connect pay more tightly with productivity. International initiatives of the AACP, BPC, and EPA are also included.…mehr