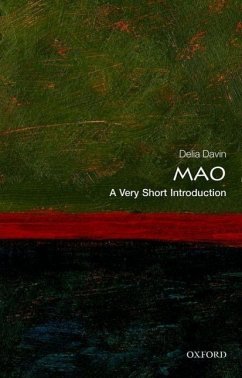 Mao Zedong was a giant of 20th century history. In this Very Short Introduction, Delia Davin provides an account of Mao the man. From his childhood as a peasant to ruler of the most populous nation on Earth, she considers the major events in his life, his revolutionary writing, and his utopian dreams that culminated in the Cultural Revolution.…mehr