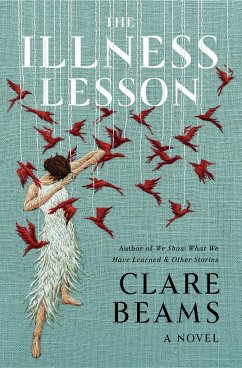 Sarah Waters meets Red Clocks in this searing novel, set at an all-girl school in 19th century, Massachusetts, which probes the timeless question: Who gets to control a woman's body and why, by a writer who is "wickedly sharp-eyed, wholly unpredictable, and wholly engaging" (Joyce Carol Oates) The year is 1871. In Ashwell, Massachusetts, at the farm of Samuel Hood and his daughter Caroline, a mysterious flock of red birds descends. Samuel, whose fame has waned since his renowned transcendentalist community failed decades before, takes the birds' appearance as an omen that the time is ripe for…mehr

Andere Kunden interessierten sich auch für
Produktbeschreibung
Sarah Waters meets Red Clocks in this searing novel, set at an all-girl school in 19th century, Massachusetts, which probes the timeless question: Who gets to control a woman's body and why, by a writer who is "wickedly sharp-eyed, wholly unpredictable, and wholly engaging" (Joyce Carol Oates) The year is 1871. In Ashwell, Massachusetts, at the farm of Samuel Hood and his daughter Caroline, a mysterious flock of red birds descends. Samuel, whose fame has waned since his renowned transcendentalist community failed decades before, takes the birds' appearance as an omen that the time is ripe for his newest venture. He will start a school for young women, curating their intellectual development as he has so carefully curated his daughter's. Despite misgivings, Caroline begins teaching the assembled students alongside her father's protégée, a man to whom she is increasingly drawn. Samuel's vision--revolutionary, as always; noble, as always; full of holes, as always--takes shape. It's not long before the students begin to manifest bizarre symptoms. Rashes, fits, headaches, verbal tics, night wanderings. At the forefront of the suffering is powerful, inscrutable Eliza Bell, the fifteen-year-old daughter of Samuel's celebrated former rival. In desperation, the school turns to the ministering of a sinister physician--based on a real historic treatment--just as Caroline's body, too, begins its betrayal. As the girls' conditions worsens, long-buried secrets emerge, and Caroline must confront the all-male, all-knowing authorities of her world, the ones who insist the voices of the sufferers are unreliable. In order to save herself, Caroline may have to destroy everything she's ever known. Written in intensely vivid prose and brimming with psychological insight, The Illness Lesson is a powerful exploration of women's bodies, women's minds, and the time-honored tradition of doubting both.
Produktdetails
Autorenporträt
Clare Beams is the author of the story collection We Show What We Have Learned, which won the Bard Fiction Prize and was a Kirkus Best Debut of 2016, as well as a finalist for the PEN/Robert W. Bingham Prize, the New York Public Library's Young Lions Fiction Award, and the Shirley Jackson Award. She has received fellowships from the National Endowment for the Arts, the Bread Loaf Writers' Conference, the Sewanee Writers' Conference, and the Sustainable Arts Foundation. With her husband and two daughters, she lives in Pittsburgh.
Rezensionen
This is Alcott meets Shirley Jackson, with a splash of Margaret Atwood...Unusual and transporting.
Washington Post