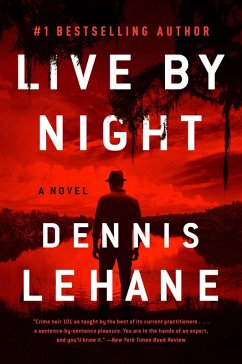 From New York Times bestselling author Dennis Lehane comes this epic, unflinching tale of the making and unmaking of a gangster in the Prohibition Era of the Roaring Twentiesnow a Warner Bros. movie starring Ben Affleck, Elle Fanning, Zoe Saldana, and Sienna Miller.
Boston, 1926. The '20s are roaring. Liquor is flowing, bullets are flying, and one man sets out to make his mark on the world.
Prohibition has given rise to an endless network of underground distilleries, speakeasies, gangsters, and corrupt cops. Joe Coughlin, the youngest son of a prominent Boston police captain, has long…mehr

Boston, 1926. The '20s are roaring. Liquor is flowing, bullets are flying, and one man sets out to make his mark on the world.

Prohibition has given rise to an endless network of underground distilleries, speakeasies, gangsters, and corrupt cops. Joe Coughlin, the youngest son of a prominent Boston police captain, has long since turned his back on his strict and proper upbringing. Now having graduated from a childhood of petty theft to a career in the pay of the city's most fearsome mobsters, Joe enjoys the spoils, thrills, and notoriety of being an outlaw.

But life on the dark side carries a heavy price. In a time when ruthless men of ambition, armed with cash, illegal booze, and guns, battle for control, no oneneither family nor friend, enemy nor lovercan be trusted. Beyond money and power, even the threat of prison, one fate seems most likely for men like Joe: an early death. But until that day, he and his friends are determined to live life to the hilt.

Joe embarks on a dizzying journey up the ladder of organized crime that takes him from the flash of Jazz Age Boston to the sensual shimmer of Tampa's Latin Quarter to the sizzling streets of Cuba. Live by Night is a riveting epic layered with a diverse cast of loyal friends and callous enemies, tough rumrunners and sultry femmes fatales, Bible-quoting evangelists and cruel Klansmen, all battling for survival and their piece of the American dream. At once a sweeping love story and a compelling saga of revenge, it is a spellbinding tour de force of betrayal and redemption, music and murder, that brings fully to life a bygone era when sin was cause for celebration and vice was a national virtue.

Produktdetails
Produktdetails
Autorenporträt
Dennis Lehane is the author of thirteen novelsincluding the New York Times bestsellers Live by Night; Moonlight Mile; Gone, Baby, Gone; Mystic River; Shutter Island; and The Given Dayas well as Coronado, a collection of short stories and a play. He grew up in Boston, MA and now lives in California with his family. 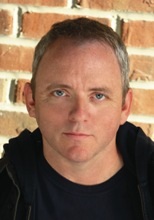 "Lehane's novel carves its own unique place in the Prohibition landscape. . . . This is an utterly magnetic novel on every level, a reimagining of the great themes of popular fiction-crime, family, passion, betrayal-set against an exquisitely rendered historical backdrop." - Booklist (starred review)

"LIVE BY NIGHT transcends the familiar and assumes an unimpeachable reality of its own. . . . [A] meticulously crafted portrait of our violent national past." - Washington Post Book World

"LIVE BY NIGHT is Crime Noir 101, as taught by the best of its current practitioners. . . . A sentence-by-sentence pleasure. You are in the hands of an expert. And you'll know it." - Janet Maslin, New York Times