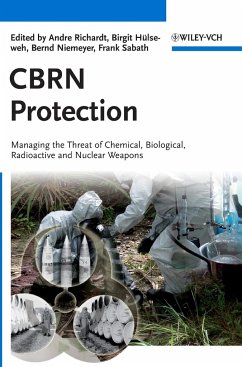 Originating in the armed forces of the early 20th century, weapons based on chemical, biological or nuclear agents have become an everpresent threat that has not vanished after the end of the cold war. Since the technology to produce these agents is nowadays available to many countries and organizations, including those with terrorist aims, civil authorities across the world need to prepare against incidents involving these agents and train their personnel accordingly. As an introductory text on NBC CBRN weapons and agents, this book leads the reader from the scientific basics to the current…mehr