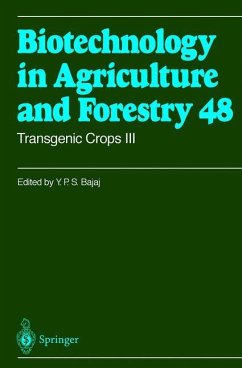 Over the last decade there has been tremendous progress in the genetic transformation of plants, which has now become an established tool for the insertion of specific genes. Work has been conducted on more than 200 plant species of trees, cereals, legumes and oilseed crops, fruits and vegetables, medicinal, aromatic and ornamental plants etc. Transgenic plants have been field-tested in a number of countries, and some released to the farmers, and patented. Taking the above-mentioned points into consideration, it appeared nec essary to review the literature and state of the art on genetic…mehr