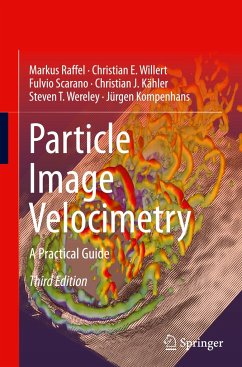 This immensely practical guide to PIV provides a condensed, yet exhaustive guide to most of the information needed for experiments employing the technique. This second edition has updated chapters on the principles and extra information on microscopic, high-speed and three component measurements as well as a description of advanced evaluation techniques. What's more, the huge increase in the range of possible applications has been taken into account as the chapter describing these applications of the PIV technique has been expanded.…mehr