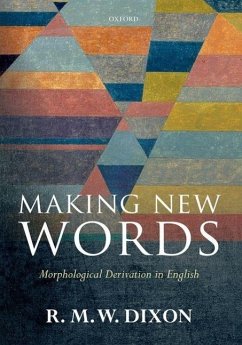 This book provides a detailed study of around 200 English prefixes and suffixes. Each affix is discussed in detail, with information on its origin, phonological form, stress placement, semantic range, and the roots it can be attached to. It will be a valuable text for those studying English language and linguistics from undergraduate level upwards…mehr