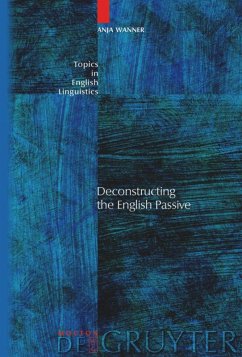 Special emphasis is put on the existence of an implicit argument (ususally an agent) and its representation in the passive. A review of data from syntax, language acquisition, and psycholinguistics shows that the implicit agent is not just a conceptually understood argument. It is argued that it is represented at the level of argument structure and that this is what sets the passive apart from other patient-subject constructions.

The book is mainly of interest to linguists and graduate students in the areas of English syntax, semantics, and pragmatics.