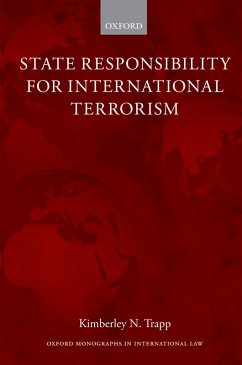 The rules of state responsibility have an important but under-utilized role to play in the terrorism context. They determine both whether a breach of primary obligations has occurred, through the rules of attribution, and the consequences which flow from that breach, including the possible adoption of responsive measures by injured states. This book explores the substantive international legal obligations and rules of state responsibility applicable to international terrorism and examines the problems and prospects for effectively holding states responsible for internationally wrongful acts…mehr