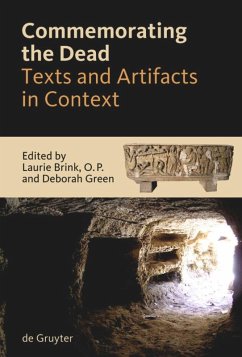 The distinctions and similarities among Roman, Jewish, and Christian burials can provide evidence of social networks, family life, and, perhaps, religious sensibilities. Is the Roman development from columbaria to catacombs the result of evolving religious identities or simply a matter of a change in burial fashions? Do the material remains from Jewish burials evidence an adherence to ancient customs, or the adaptation of rituals from surrounding cultures? What Greco-Roman funerary images were taken over and "baptized" as Christian ones? The answers to these and other questions require that…mehr