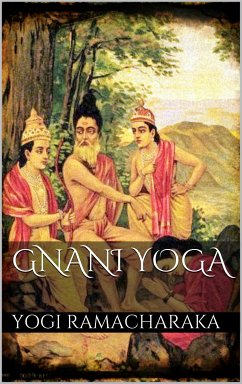 Produktdetails
Autorenporträt
William Walker Atkinson (December 5, 1862 - November 22, 1932) was an attorney, merchant, publisher, and author, as well as an occultist and an American pioneer of the New Thought movement. He is the author of the pseudonymous works attributed to Theron Q. Dumont and Yogi Ramacharaka.[1] He wrote an estimated 100 books, all in the last 30 years of his life. He was mentioned in past editions of Who's Who in America, in Religious Leaders of America, and in several[ similar publications. His works have remained in print more or less continuously since 1900. William Walker Atkinson was born in Baltimore, Maryland on December 5, 1862,[4] to Emma and William Atkinson. He began his working life as a grocer at 15 years old, probably helping his father. He married Margret Foster Black of Beverly, New Jersey, in October 1889, and they had two children. Their first child probably died young. The second later married and had two daughters. Atkinson pursued a business career from 1882 onwards and in 1894 he was admitted as an attorney to the Bar of Pennsylvania. While he gained much material success in his profession as a lawyer, the stress and over-strain eventually took its toll, and during this time he experienced a complete physical and mental breakdown, and financial disaster. He looked for healing and in the late 1880s he found it with New Thought, later attributing the restoration of his health, mental vigor and material prosperity to the application of the principles of New Thought.
Kundenbewertungen
Schreiben Sie eine Kundenbewertung zu diesem Produkt und gewinnen Sie mit etwas Glück einen 15,- EUR bücher.de–Gutschein!
Bewertung schreiben Bewertung schreiben
Mehr zum Thema