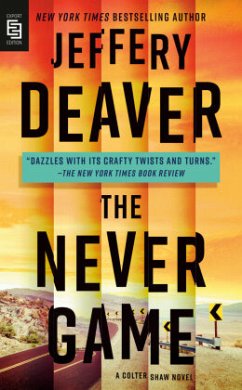 A New York Times Book Review Top 10 Crime Novel of the Year
From the bestselling and award-winning master of suspense, the first novel in a thrilling new series, introducing Colter Shaw.
"You have been abandoned."
A young woman has gone missing in Silicon Valley and her father has hired Colter Shaw to find her. The son of a survivalist family, Shaw is an expert tracker. Now he makes a living as a "reward seeker," traveling the country to help police solve crimes and private citizens locate missing persons. But what seems a simple investigation quickly thrusts him into the dark heart…mehr

From the bestselling and award-winning master of suspense, the first novel in a thrilling new series, introducing Colter Shaw.

"You have been abandoned."

A young woman has gone missing in Silicon Valley and her father has hired Colter Shaw to find her. The son of a survivalist family, Shaw is an expert tracker. Now he makes a living as a "reward seeker," traveling the country to help police solve crimes and private citizens locate missing persons. But what seems a simple investigation quickly thrusts him into the dark heart of America's tech hub and the cutthroat billion-dollar video-gaming industry.

"Escape if you can."

When another victim is kidnapped, the clues point to one video game with a troubled past--The Whispering Man. In that game, the player has to survive after being abandoned in an inhospitable setting with five random objects. Is a madman bringing the game to life?

"Or die with dignity."

Shaw finds himself caught in a cat-and-mouse game, risking his own life to save the victims even as he pursues the kidnapper across both Silicon Valley and the dark 'net. Encountering eccentric game designers, trigger-happy gamers and ruthless tech titans, he soon learns that he isn't the only one on the hunt: someone is on his trail and closing fast.

The Never Game proves once more why "Deaver is a genius when it comes to manipulation and deception" (Associated Press).

Produktdetails
Autorenporträt
Jeffery Deaver is the #1 international bestselling author of more than thirty-five novels, three collections of short stories, and a nonfiction law book. His books are sold in 150 countries and translated into 25 languages. His first novel featuring Lincoln Rhyme, The Bone Collector, was made into a major motion picture starring Denzel Washington and Angelina Jolie. He's received or been shortlisted for a number of awards around the world, including Novel of the Year by the International Thriller Writers and the Steel Dagger from the Crime Writers' Association in the United Kingdom. In 2014, he was the recipient of three lifetime achievement awards. A former journalist, folksinger, and attorney, he was born outside of Chicago and has a bachelor of journalism degree from the University of Missouri and a law degree from Fordham University. 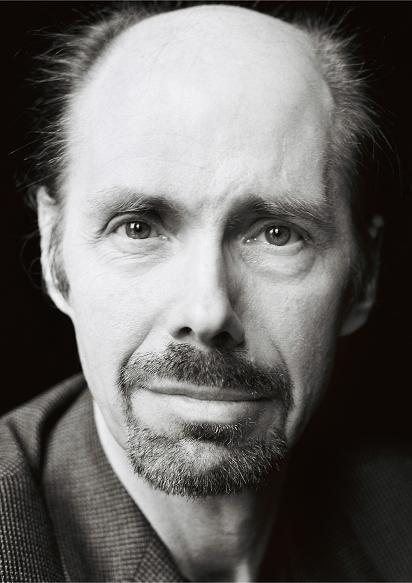 Deaver introduces a fascinating new character in the methodical Colter Shaw. Nothing is predictable in the case, and like a curvy mountain road, the twists are intense. Hopefully more stories with Shaw are in the future. Associated Press

[A] superb series launch from Thriller Award winner Deaver Fans of twisty suspense that pushes the envelope of plausibility without inviting disbelief will be enthralled. Publishers Weekly (starred review)

The story is this will come as no surprise to Deaver s many fans full of twists and right-angle turns, and a second Colter Shaw novel feels not just inevitable but mandatory. Deaver is a hit maker who always delivers the goods. Booklist

Award-winning author Deaver introduces an engaging new protagonist with staying power. Colter s backstory is fascinating and his persona as much a part of the tale as the crime itself. This is a sure bet for fans of suspense and will find a home with those who like their protagonists to be a central part of the mystery. Library Journal

As always Deaver gets you in his stealthy grip on page one, and then takes you on a wild and inventive ride...this time with new star character Colter Shaw. No one in the world does this kind of thing better than Deaver. Lee Child

With a twisty plot, riveting characters, and relentless suspense, The Never Game fires on every single cylinder. Readers will delight in this compelling new character from one of the finest suspense writers in the field. I always look forward to the new Deaver, but this one tops them all. Karin Slaughter

Lightning-fast and loaded with twists, The Never Game is a thrill a minute from one of the best. Don t miss it. Harlan Coben

Jeffery Deaver is a one of our most exciting storytellers, and The Never Game pulls off the remarkable feat of intertwining a devilish plot with unforgettable characters, fascinating disquisitions with propulsive action, every element conspiring to make it almost impossible to not turn the page. I absolutely loved it. Chris Pavone

Jeffery Deaver knows how to deliver exactly what a reader wants. He has a gift for place and character and, here, the tension ratchets up, page by page, as we follow the exploits of a new hero. Crisply plotted and fraught with danger. Steve Berry

Terrific writing, vivid and raw, Deaver grips from the very first line and never lets up. He is, hands-down, one of the finest thriller writers of our time. Peter James

The Never Game is the very definition of a page-turner. Ian Rankin

Grabbing you from the first page, Jeffery Deaver crafts a devilish plot that unfolds with breakneck speed. An excellent start to a new series, Colter Shaw has comfortably nestled onto the bench with Lincoln Rhyme and Kathryn Dance - one of our best literary puppet-masters at the end of all their strings. J.D. Barker

Jeffery Deaver scores yet again with a fascinating new detective, Colter Shaw, and a plot as full of thrills and twists and turns as you would expect from him. With The Never Game you know you are in the hands of a master. But be warned don t start this too late in the evening because sleep would be an annoying interruption once you ve started reading! Peter Robinson

[The Never Game] has film adaptation written all over it. Bookpage

I loved The Never Game and I particularly loved its hero, Colter Shaw, the original and fascinating investigator at the heart of the book. It s a twisty 'keep you up all night'page-turner of a book with a wonderfully human core. A fantastic read. Kate Hamer, author of The Girl in the Red Coat…mehr
Kundenbewertungen
Schreiben Sie eine Kundenbewertung zu diesem Produkt und gewinnen Sie mit etwas Glück einen 15,- EUR bücher.de–Gutschein!
Bewertung schreiben Bewertung schreiben
Mehr zum Thema