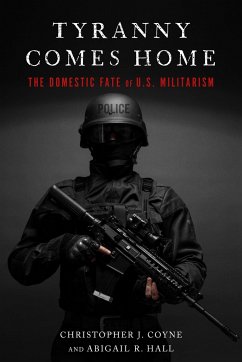 Christopher J. Coyne is Associate Professor of Economics at George Mason University and Associate Director of the F. A. Hayek Program for Advanced Study in Philosophy, Politics, and Economics at the Mercatus Center. He is the author of Doing Bad by Doing Good: Why Humanitarian Action Fails (Stanford, 2013) and After War: The Political Economy of Exporting Democracy (Stanford, 2008).Abigail R. Hall is Assistant Professor of Economics at the University of Tampa.…mehr