Paleoceanography and Sedimentology
Ed. by Pinxian Wang and Qianyu Li 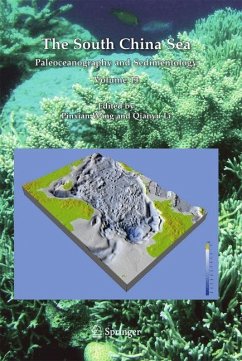 Paleoceanography and Sedimentology
Ed. by Pinxian Wang and Qianyu Li

Pinxian Wang and Qianyu Li The South China Sea (SCS) (Fig. 1. 1) offers a special attraction for Earth scientists world-wide because of its location and its well-preserved hemipelagic sediments. As the largest one of the marginal seas separating Asia from the Paci?c, the largest continent from the largest ocean, the SCS functions as a focal point in land-sea int- actions of the Earth system. Climatically, the SCS is located between the Western Paci?c Warm Pool, the centre of global heating at the sea level, and the Tibetan Plateau, the centre of heating at an altitude of 5,000m.…mehr