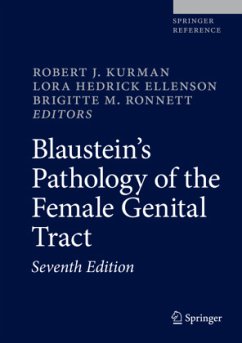 Since the publication of the 1/e in 1977, Blaustein's Pathology of the Female Genital Tract has consolidated its position as the leading textbook of gynecological pathology. An essential reference for all pathologists and residents, this thoroughly updated Seventh Edition includes more than 1400 illustrations in color, informative tables and 22 revised chapters written by internationally recognized experts. Discussion of each specific entity is organized to include general information, etiology, and epidemiology followed by clinical features, pathologic findings, differential diagnosis,…mehr