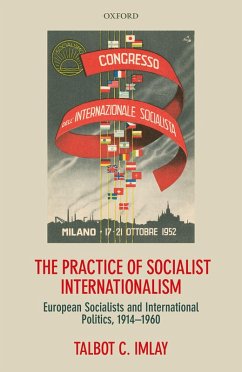 The Practice of Socialist Internationalism examines the efforts of the British, French, and German socialist parties to cooperate with one another on concrete international issues. Drawing on archival research from twelve countries, it spans the years from the First World War to the early 1960s, paying particular attention to the two post-war periods, during which national and international politics were recast. In addition to highlighting a neglected dimension of twentieth-century European socialism, the volume provides novel perspectives on the history of internationalism and the history of…mehr