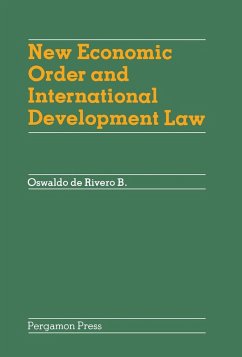 New Economic Order and International Development Law focuses on the legal doctrines for controlling the relations between the economies of the South and the North.
The manuscript first offers information on the crisis of the international economic order as a factor in the establishment of international development law, including the rejection of the classical theory of international trade by developing countries and the formulation of a set of special rules for developing countries. The book also takes a look at the removal of economic reciprocity and adoption of unilateral commercial…mehr