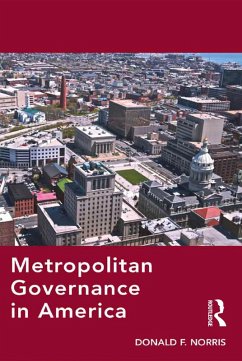 Metropolitan government and metropolitan governance have been ongoing issues for more than sixty years in the United States. Based on an extensive survey and a review of existing literature, this book offers a comprehensive overview of these debates. It discusses how the centrifugal forces in local government, and in particular local government autonomy, have produced a highly fragmented governmental landscape throughout America. It argues that in order for 'governance' to occur in metropolitan areas (or anywhere else, for that matter), there has to be some form of an actual governmental…mehr