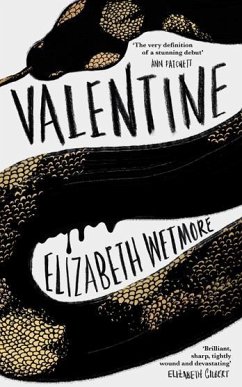 A top ten New York Times bestseller. With the haunting emotional power of American Dirt and the atmospheric suspense of Where the Crawdads Sing: a compulsive debut novel that explores the aftershock of a brutal crime on the women of a small Texas oil town. 'The very definition of a stunning debut' Ann Patchett…mehr

Andere Kunden interessierten sich auch für
Produktbeschreibung
A top ten New York Times bestseller. With the haunting emotional power of American Dirt and the atmospheric suspense of Where the Crawdads Sing: a compulsive debut novel that explores the aftershock of a brutal crime on the women of a small Texas oil town. 'The very definition of a stunning debut' Ann Patchett
Produktdetails
Produktdetails
Autorenporträt
Elizabeth Wetmore is a graduate of the Iowa Writers' Workshop. Her fiction has appeared in Epoch, Kenyon Review, Colorado Review, Baltimore Review, Crab Orchard Review, Iowa Review, and other literary journals. She is the recipient of a fellowship from the National Endowment for the Arts and two fellowships from the Illinois Arts Council, as well as a grant from the Barbara Deming Foundation. She was also a Rona Jaffe Scholar in Fiction at Bread Loaf and a Fellow at the MacDowell Colony, and one of six Writers in Residence at Hedgebrook. A native of West Texas, she lives and works in Chicago.
Rezensionen
"Fierce and complex, VALENTINE is a novel of moral urgency and breathtaking prose. This is the very definition of a stunning debut." Ann Patchett
"A thrilling debut. . . . Like Miriam Toews' Women Talking, Valentine is a story about how women-particularly women without much education or money-negotiate a culture of masculine brutality. This is the story of their lives in a backwater oil town in the mid-1970s, which Wetmore seems to know with empathy so deep it aches. . . . Carefully wrought and emotionally compelling." - Washington Post