Tuning in to Young Viewers: Social Science Perspectives on Television 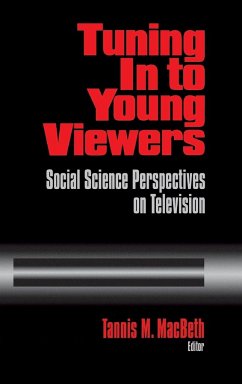 Tuning in to Young Viewers: Social Science Perspectives on Television

Media effects - a key area of media studies - is traditionally provocative and often controversial. Contemporary issues such as violence on television and children's dependence on television are continually debated. Tuning In to Young Viewers provides a much needed, up-to-date overview of the key topics in television use and effects. It is designed in both style and organization as an upper-level text for courses in communication and psychology and is written by scholars well-known to both fields, in particular for their work concerning media influences. Topics discussed include: diversity on…mehr