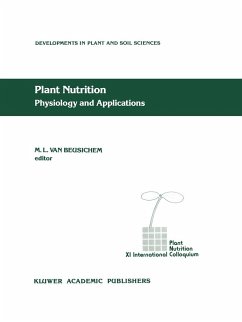 Exactly 35 years after the first Colloquium was held, the Eleventh International Plant Nutrition Colloquium took place from 30 July to 4 August 1989 in Wageningen, The Netherlands. Although impressive progress has been made during the past decades in our understanding of the mechanisms of uptake, distribution and assimilation of nutrients in relation to crop yield and quality, there are still significant gaps in our insight into many fundamental aspects of plant mineral nutrition and related metabolic processes. In spite of improved knowledge of nutrient requirements of crops and improved…mehr