For Want of Water: And Other Poems 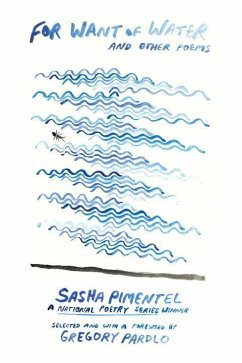 For Want of Water: And Other Poems

Searing verses set on the Mexican border about war and addiction, love and sexual violence, grief and loss, from an American Book Award-winning author. Selected by Gregory Pardlo as winner of the National Poetry Series. El Paso is one of the safest cities in the United States, while across the river, Ciudad Juárez suffers a history of femicides and a horrific drug war. Witnessing this, a Filipina's life unravels as she tries to love an addict, the murders growing just a city-but the breadth of a country-away. This collection weaves the personal with recent history, the domestic with the…mehr