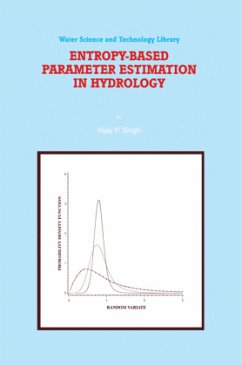 Since the pioneering work of Shannon in the late 1940's on the development of the theory of entropy and the landmark contributions of Jaynes a decade later leading to the development of the principle of maximum entropy (POME), the concept of entropy has been increasingly applied in a wide spectrum of areas, including chemistry, electronics and communications engineering, data acquisition and storage and retreival, data monitoring network design, ecology, economics, environmental engineering, earth sciences, fluid mechanics, genetics, geology, geomorphology, geophysics, geotechnical…mehr