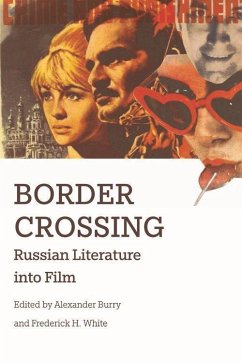 'By closely analysing the complex and multiple ways that classic works of Russian literature have been reimagined at different times and places, in different languages, cultures, genres and media, the essays in Burry and White's Border Crossing make a significant contribution not just to Russian Studies but to adaptation studies as well. Focusing on adaptation as "cross-cultural communication", Border Crossing opens up numerous exciting new avenues for future research by scholars of both literature and film.' Tony Anemone, The New School, New York Each time a border is crossed there are…mehr