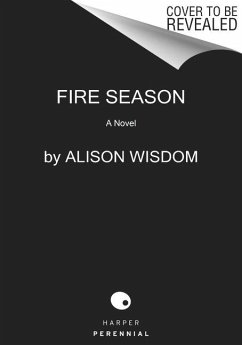 The acclaimed author of We Can Only Save Ourselves returns with an urgent and unsettling story that journeys into the heart of religious fanaticism and cult behavior as it probes one woman's struggle to define life on her own terms.
"Here comes trouble," Rosemary's high school English teacher used to say whenever he saw her. Rosemary has often felt like trouble, and now at thirty-two, her marriage to her college sweetheart, Paul, is crumbling. In a last-ditch attempt to restore it, she agrees to give herself over to a newly formed Christian sect in central Texas, run by charismatic young…mehr

Andere Kunden interessierten sich auch für
Produktbeschreibung
The acclaimed author of We Can Only Save Ourselves returns with an urgent and unsettling story that journeys into the heart of religious fanaticism and cult behavior as it probes one woman's struggle to define life on her own terms.

"Here comes trouble," Rosemary's high school English teacher used to say whenever he saw her. Rosemary has often felt like trouble, and now at thirty-two, her marriage to her college sweetheart, Paul, is crumbling. In a last-ditch attempt to restore it, she agrees to give herself over to a newly formed Christian sect in central Texas, run by charismatic young pastor Papa Jake.

While Paul acclimates quickly to the small town of Dawson and the church's insistence on a strict set of puritanical rules, Rosemary struggles to fit in. She finds purpose only when she's called upon to help Julie, a new mother in the community, who is feeling isolated and lost.

Then the community is rocked by a series of fires which take some church members' homes and nearly take their lives, but which Papa Jake says are holy and a representation of God's will.

As the fires spread, and Julie is betrayed in a terrible way, Rosemary begins to question the reality of her life, and wonders if trouble will always find her-or if she'll ever be able to outrun it.

Produktdetails
Produktdetails
Autorenporträt
Born, raised, and based in Houston, Texas, Alison Wisdom has an MFA from the Vermont College of Fine Arts, received a novel-writing grant from Wedgwood Circle, and was a finalist for this year's Rona Jaffe Award. She has attended Tin House and the Lighthouse Writers Workshop, where she was a finalist for the Emerging Writers Fellowship. Alison's short stories have been published in Ploughshares, Electric Literature, The Rumpus, Indiana Review, and more.
Rezensionen
"Where does faith end and fanaticism begin? The Burning Season centers this provocative question inside a fiery landscape where men conjure holy visions and women serve as the vessels of God. In a stark and haunting tale, Alison Wisdom has written her way to the core of belief and submission, finally arriving at a deeply human prayer to be free." - Rachel Yoder, author of Nightbitch

"Dark and ruthlessly compelling, Alison Wisdom's THE BURNING SEASON asks big questions about religion, community, and love in all its various-and twisted-forms while also being a hell of a good read. You'll still be thinking about Dawes, Texas long after you finish the last page." - Rachel Hawkins, author of Reckless Girls and The Wife Upstairs

"This emotionally nuanced, eerily beautiful portrait of a lost woman and a troubled marriage evokes the gothic tradition of Brontë and du Maurier while remaining utterly fresh and contemporary. THE BURNING SEASON shines with an uncanny apocalyptic light." - Dan Chaon, author of Sleepwalk

"We've all seen photos of women in fringe religious sects, and we've wondered who would willingly choose that life. The Burning Season shows us, with both empathy and eviscerating insight, that those women could easily be us. Wisdom spools out two taut threads: the tension of a cult, with misogyny and violence barely buried beneath the surface, and the beauty of submitting to God, to community, and to the people we love. Both a chilling thriller and a lyrical marvel, this novel dug under my skin and changed how I looked at the world." - Stacey Swann, author of Olympus, Texas

"Where is the pleasure and the power in submission and subjugation? Where's the danger, the loss, the risk? In Alison Wisdom's beautifully atmospheric The Burning Season these questions are both complicated and upended through the power of its characters, through the richness and complexity of its world." - Lynn Steger Strong, author of Want and Hold Still

"Haunting and thought-provoking, The Burning Season interrogates how power corrupts people within belief systems. With captivating prose and authentic characters, Alison Wisdom takes readers on a journey that is alternately unsettling and profound, but that never allows you to look away." - Monica West, author of Revival Season

"A nuanced, chilling picture of religious devotion. . . . Wisdom turns this into an entrancing conflagration." - Publishers Weekly

Praise for We Can Only Save Ourselves: "A unique and haunting debut that smolders like the embers of an unattended fire." - Newsweek, "2021's Most Highly Anticipated New Books"

"In this tense, complicated novel, the loss of a daughter is observed through the singular, haunting voice of the town's mothers as they wage a daily battle for safety under the guise of conformity and belonging. What is the cost of leaving, and what is the cost of staying? There are no easy answers in this thrilling debut novel by Texas writer Alison Wisdom, whose taut, steely prose reveals new complexities, questions, and dangers with each turn of the page." - Elizabeth Wetmore, New York Times bestselling author of Valentine, on We Can Only Save Ourselves

"A dreamy debut. . . . Propulsive and haunting. . . . Wisdom hits each note with perfect precision." - Kirkus Reviews on We Can Only Save Ourselves

"In her beguiling debut, Alison Wisdom exposes the menace concealed just beneath the surface of the ordinary. When Alice Lange falls off the map, abandoning her status as a beloved it-girl in her suburban enclave to pursue a mysterious stranger, I fell right with her. A story of mothers and daughters, the competing allures of safety and danger, and the volatility of early adulthood, this is a spellbinding novel that followed me into my days." - Alexis Schaitkin, author of Saint X, on We Can Only Save Ourselves

"Eerie and powerful. . . . the hypnotic storytelling and exploration of Alice's character-and the character of Alice's entire town-will draw readers in." - Booklist on We Can Only Save Ourselves

"Alison Wisdom's addictive, down-the-rabbit-hole debut reads like The Girls by way of The Virgin Suicides, with an extra dash of Cheever's unsettling suburbia. The result is sinister and surprising: a novel I couldn't put down, and one that I kept thinking about long after I'd reached its unexpected, chilling end." - Emily Temple, author of The Lightness, on We Can Only Save Ourselves