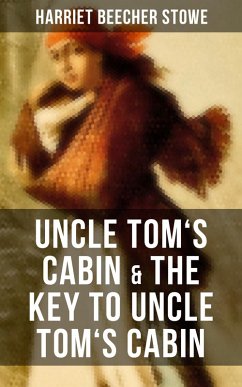 Andere Kunden interessierten sich auch für
Produktbeschreibung
Uncle Tom's Cabin is an anti-slavery novel by American author Harriet Beecher Stowe, published in 1852. After the publication of Uncle Tom's Cabin, Southerners accused Stowe of misrepresenting slavery. In order to show that she had neither lied about slavery nor exaggerated the plight of enslaved people, she compiled The Key to Uncle Tom's Cabin. The Key to Uncle Tom's Cabin was published to document the veracity of the depiction of slavery in Stowe's anti-slavery novel Uncle Tom's Cabin. First published in 1853, the book also provides insights into Stowe's own views on slavery. The book was subtitled "Presenting the Original Facts and Documents upon Which the Story Is Founded, Together with Corroborative Statements Verifying the Truth of the Work". Harriet Beecher Stowe ( 1811 - 1896) was an American abolitionist and author. Her novel Uncle Tom's Cabin was a depiction of life for African Americans under slavery. It energized anti-slavery forces in the American North, while provoking widespread anger in the South. She wrote more than 20 books, including novels, three travel memoirs, and collections of articles and letters. She was influential both for her writings and her public stands on social issues of the day.