Handbook of Analytic Philosophy of Medicine 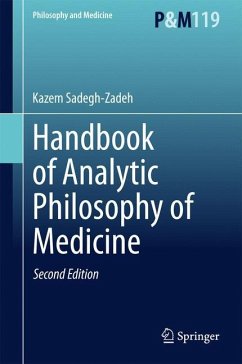 Handbook of Analytic Philosophy of Medicine

Medical practice is practiced morality, and clinical research belongs to normative ethics. The present book elucidates and advances this thesis by: 1. analyzing the structure of medical language, knowledge, and theories; 2. inquiring into the foundations of the clinical encounter; 3. introducing the logic and methodology of clinical decision-making, including artificial intelligence in medicine; 4. suggesting comprehensive theories of organism, life, and psyche; of health, illness, and disease; of etiology, diagnosis, prognosis, prevention, and therapy; and 5. investigating the moral and…mehr