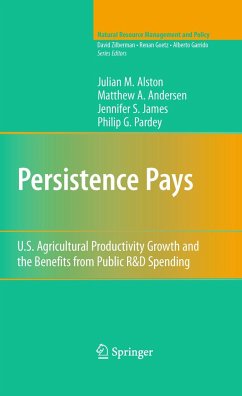 This book covers the evolving path of U.S. agriculture in the 20th Century and the role of public research and development in that evolution. Through detailed analysis, it shows that the benefits of public investment in agriculture greatly outweigh the costs.
gricultural science policy in the United States has profoundly affected the growth and development of agriculture worldwide, not just in the A United States. Over the past 150 years, and especially over the second th half of the 20 Century, public investments in agricultural R&D in the United States grew faster than the value of…mehr