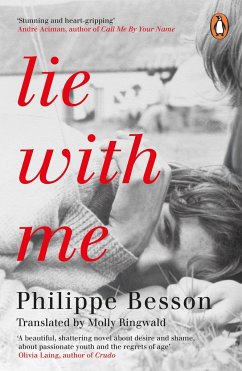 THE NO.1 FRENCH BESTSELLER AND WINNER OF THE MAISON DE LA PRESSE PRIZE 'Stunning and heart-gripping' André Aciman, author of Call Me by Your Name 'A beautiful, shattering novel about desire and shame, about passionate youth and the regrets of age' Olivia Laing, bestselling author of Crudo Just outside a hotel in Bordeaux, Philippe, a famous writer, chances upon a young man who bears a striking resemblance to his first love. What follows is a look back to Philippe's teenage years, to a winter morning in 1984, a small French high school, and a carefully timed encounter between two…mehr