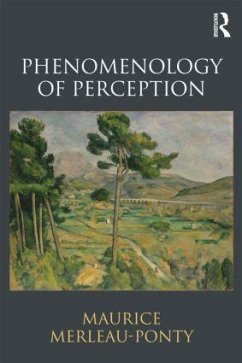 First published in 1945, Maurice Merleau-Ponty's monumental Phénoménologie de la perception signalled the arrival of a major new philosophical and intellectual voice in post-war Europe. Breaking with the prevailing picture of existentialism and phenomenology at the time, it has become one of the landmark works of twentieth-century thought. This new translation, the first for over fifty years, makes this classic work of philosophy available to a new generation of readers. Phenomenology of Perception stands in the great phenomenological tradition of Husserl, Heidegger, and Sartre. Yet…mehr