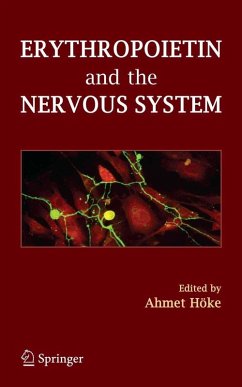 Erythropoietin (EPO) is a chemokine hormone that is widely distributed throughout the body. In addition to its traditional role as a hormone that stimulates red blood cell production, in recent years many laboratories have shown that EPO can act as a neuroprotective compound in a variety of injury paradigms in the nervous system. Past experience with relatively safety profile of this FDA-approved drug makes it an ideal candidate to take it into clinical trials for neuroprotection. We are on the verge of major clinical trials using this drug for neuroprotection in diseases ranging from stroke,…mehr