The Physics of Musical Instruments 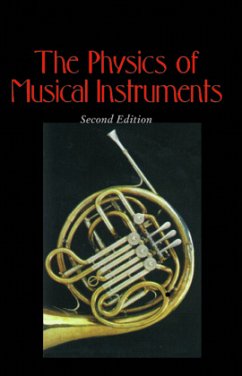 The Physics of Musical Instruments

While the history of musical instruments is nearly as old as civilization itself, the science of acoustics is quite recent. By understanding the physical basis of how instruments are used to make music, one hopes ultimately to be able to give physical criteria to distinguish a fine instrument from a mediocre one. At that point science may be able to come to the aid of art in improving the design and performance of musical instruments. As yet, many of the subtleties in musical sounds of which instrument makers and musicians are aware remain beyond the reach of modern acoustical measurements.…mehr