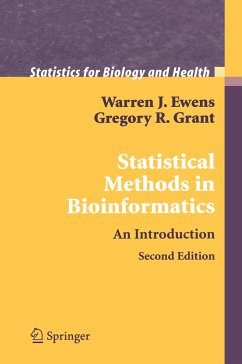 Advances in computers and biotechnology have had a profound impact on biomedical research, and as a result complex data sets can now be generated to address extremely complex biological questions. Correspondingly, advances in the statistical methods necessary to analyze such data are following closely behind the advances in data generation methods. The statistical methods required by bioinformatics present many new and difficult problems for the research community. This book provides an introduction to some of these new methods. The main biological topics treated include sequence analysis,…mehr