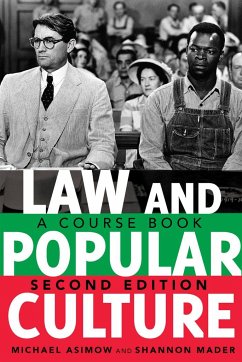 Both law and popular culture pervade our lives. Popular culture constructs our perceptions of law and changes the way that players in the legal system behave. Now in its second edition, Law and Popular Culture: A Course Book explores the interface between two subjects of enormous importance to everyone - law and popular culture. Each chapter takes a particular legally themed film or television show, such as Philadelphia , Dead Man Walking , or Law and Order , treating it as both a cultural text and a legal text. The new edition has been updated with new photos and includes greater emphasis on…mehr