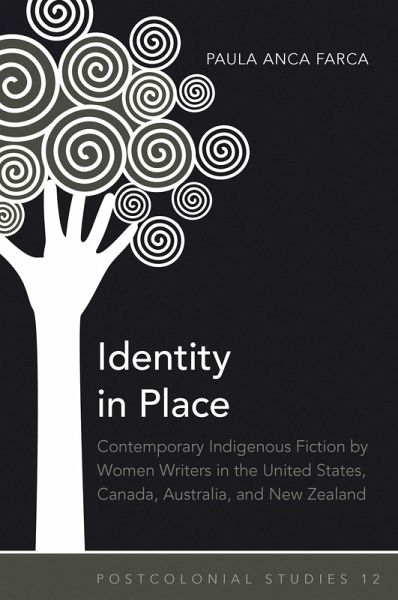 Andere Kunden interessierten sich auch für
Produktbeschreibung
Identity in Place analyzes the role of place and its cultural significance in the fiction of eight contemporary Indigenous women writers from the United States, Canada, Australia, and New Zealand, four former colonies of the British Empire. Identity in Place addresses how the places Indigenous people go to and imagine reveal the cultural directions toward which Indigenous people are moving and the changes that occurred in their traditions. Identity in Place also reveals how Indigenous people survive in a postcolonial world, heal, regain homes and rituals, and subsequently build new homes and create new traditions. In response to postcolonial scholarship focusing on the violence of colonialism and on Indigenous people's loss of land and family members, a different approach to place is suggested. Even the most recent definitions of place can be revised and expanded so that they include an internalized and creative component, one which is shaped by people's imaginations and memories and also by their experiences of places. The Indigenous writers examined, including Louise Erdrich, Linda Hogan, Lee Maracle, Jeanette Armstrong, Alexis Wright, Doris Pilkington, Patricia Grace, and Keri Hulme show that places are not only concrete locations but also internalized processes that result from individuals' mental interpretations. Through mental recreations, memories of places, and journeys to specific places, Indigenous people might regain their land and traditions, heal their physical and psychological wounds, and create new places in which their cultures can persist. The various experiences and stories that individuals take from and bring to places shape them both and facilitate dialogues among generations and across time. Emphasizing the fluidity of place as a concept, these Indigenous writers demonstrate the survival and flourishing of Indigenous communities.