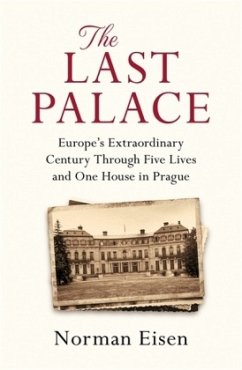 An extraordinary account of the occupants of the Prague Villa Petschek, and their place against the history of Europe, written by the former US ambassador to the Czech Republic

Andere Kunden interessierten sich auch für
Produktbeschreibung
An extraordinary account of the occupants of the Prague Villa Petschek, and their place against the history of Europe, written by the former US ambassador to the Czech Republic
Produktdetails
Autorenporträt
Eisen, Norman
NORMAN EISEN is a senior fellow at Brookings and a CNN commentator and chairs the U.S. watchdog group CREW. He served as US ambassador to the Czech Republic from 2011 to 2014, and as President Obama's ethics czar from 2009 to 2011. His writing has appeared in the New York Times, the Washington Post, The Guardian, and many other publications.
Rezensionen
A Publishers Weekly, BookPage, and Pen America Best Book of 2018