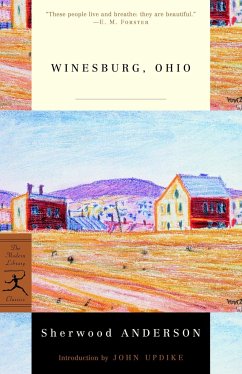 Selected by the Modern Library as one of the 100 best novels of all time Before Raymond Carver, John Cheever, and Richard Ford, there was Sherwood Anderson, who, with Winesburg, Ohio, charted a new direction in American fiction--evoking with lyrical simplicity quiet moments of epiphany in the lives of ordinary men and women. In a bed, elevated so that he can peer out the window, an old writer contemplates the fluttering of his heart and considers, as if viewing a pageant, the inhabitants of a small midwestern town. Their stories are about loneliness and alienation, passion and virginity,…mehr