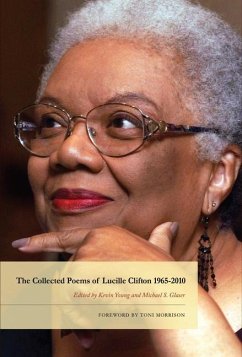 Combines all 11 of Clifton's published collections with more than 50 previously unpublished poems. The unpublished poems feature early poems from 1965D1969, a collection-in-progress "The Book of Days," and a poignant selection of final poems.