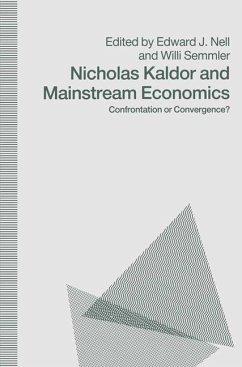 An examination of the role of Nicholas Kaldor within economics. Topics covered range from Kaldor's discovery of the Von Neumann input-output model, to cyclical growth in a Kaldorian model, to Nicholas Kaldor as advocate of commodity reserve currency.