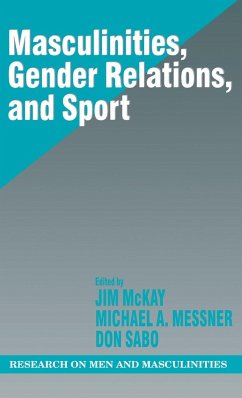 Exploring the more sophisticated and nuanced perspectives that have emerged on the study of gender, men and sport, this book considers three central questions: how can the study of maculinities in sport be integrated with critical feminist studies; how can researchers deal with the tendency in critical sport sociology to overemphasize negative outcomes; and how the study of masculinity and gender can best be consolidated with analyses of race and ethnicity, social class and sexual orientation. The book concludes with a discussion of the ways in which the dominant forms of gender relations in sport are being contested and transformed.…mehr