Collective Violence and the Agrarian Origins of South African Apartheid, 1900-1948 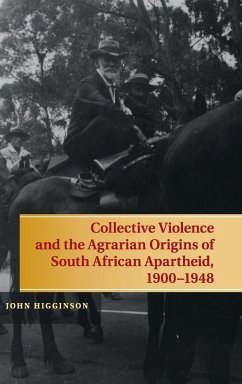 Collective Violence and the Agrarian Origins of South African Apartheid, 1900-1948

This book examines the dark odyssey of official and private collective violence against the rural African population and Africans in general during the two generations before apartheid became the primary justification for the existence of the South African state. John Higginson discusses how Africans fought back against the entire spectrum of violence ranged against them, demonstrating just how contingent apartheid was on the struggle to hijack the future of the African majority.