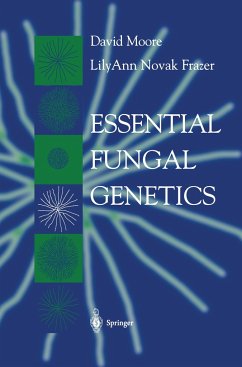 Most genetics textbooks deal adequately with plant and animal genetics, but tend to neglect fungi except for two areas. Firstly, the ascus segregations which, in the 1960s, contributed so much to developing an understanding of the mechanism of recombination and secondly, the contribution that work on yeast (as a model eukaryote) is currently making to understanding cell cycle control and its genetic regulation. Consequently, most introductory genetics texts will leave the reader/student with the impression that fungi are of use when peculiarities of their structure or life style suit them to…mehr