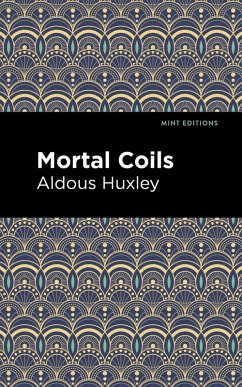 Mortal Coils (1921) is a collection of short fiction by English author Aldous Huxley. Focused on themes of love, taboo, disillusionment, and the writing process, these four stories and one play illuminate the young writer's abundant wit and critical vision of life in twentieth century England.
In "The Gioconda Smile," a wealthy aristocrat named Henry Hutton invites the young Miss Janet Spence to dinner with him and his invalid wife Doris. After eating a dish against her doctor's orders, Doris falls ill and is escorted to her room by her husband, after which Miss Spence goes home for the…mehr

In "The Gioconda Smile," a wealthy aristocrat named Henry Hutton invites the young Miss Janet Spence to dinner with him and his invalid wife Doris. After eating a dish against her doctor's orders, Doris falls ill and is escorted to her room by her husband, after which Miss Spence goes home for the night. Taking the opportunity to see his mistress, Hutton leaves his wife alone, unwittingly, but perhaps unsurprisingly, welcoming disaster into his routinely dishonorable life. "The Tillotson Banquet" involves the unexpected rediscovery of a renowned artist who seemed to have disappeared without a trace in 1860 after painting his masterpiece at the age of twenty-six. Tasked with arranging an illustrious banquet for the man, Spode, the young man who at long last found Tillotson, scrambles to appease Lord Badgery, his illustrious benefactor. Mortal Coils compiles five short works of fiction by Aldous Huxley, a master-satirist and immensely gifted visionary whose work continues to astonish, humor, and terrify readers and critics alike.

With a beautifully designed cover and professionally typeset manuscript, this edition of Aldous Huxley's Mortal Coils is a classic of English literature reimagined for modern readers.

Produktdetails
Autorenporträt
Aldous Huxley (1894-1963) was an English writer and philosopher. Born in Godalming, Huxley-the grandson of famed zoologist Thomas Henry Huxley and grandnephew of poet and critic Matthew Arnold-was raised in a family with wide-ranging intellectual interests. He attended Eton College as a youth before enrolling at Balliol College, Oxford, where he studied English literature and edited Oxford Poetry. An eye disease Huxley contracted around this time ended his hopes of studying medicine and serving in the Great War, and he instead graduated with a BA in 1916. After a brief stint teaching French at Eton College-among his pupils was Eric Blair, later to write under the pen-name George Orwell-and several years working for Brynner and Mond, a chemical company, Orwell began writing in earnest. The first decade of his career saw him publish four novels, including Crome Yellow (1921) and Point Counter Point (1928). These early works of social satire, inspired in part by his acquaintance with members of the Bloomsbury Group, including Bertrand Russell and Alfred North Whitehead, as well as by his friendship with D.H. Lawrence, gave way in the 1930s to more serious works of fiction, including the dystopian classic Brave New World (1932) and Eyeless in Gaza (1936), a novel with pacifist themes. In 1937, Huxley moved with his wife, Maria, and son, Matthew, to Los Angeles, where he would live, apart from a period in Taos, New Mexico, for the rest of his life. Over the next three decades, Huxley continued to publish award-winning works of fiction, devoted himself to Vedantism, and wrote works on mysticism, Eastern and Western philosophies, and the use of psychedelic drugs. 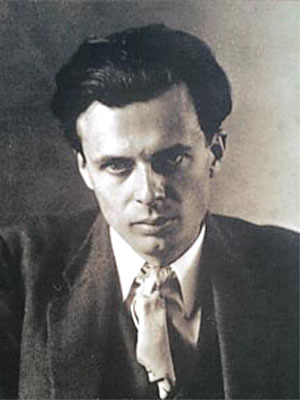