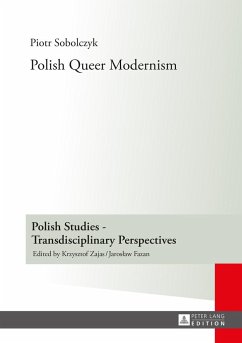 This book is a study of twentieth century Polish literature in the contexts of queer theory, psychoanalysis and modernism studies. It presents readings of well-known authors such as Witold Gombrowicz or of authors gaining international fame such as Miron Bialoszewski, as well as essays on other important, but less known Polish writers. The book also offers theoretical ideas relevant outside the Polish context: the idea of "homoinfluence", the "enigmatic signifier" and its role in "paranoid cultures", the overlapping of Jewishness and queer, the discussion of queer fables for children, or the…mehr